Disasters Raise Challenges For Even the Most Experienced Leader

We often hear from leaders after a crisis, "I just want to talk to someone who's been through this before." Some have one or two questions. Others want longer term guidance from a peer. So whether you're a mayor or leader of a county or parish looking for advice or a disaster veteran who wants to volunteer your expertise, you're in the right place.
Click here to contact LeadersLink.

QUESTIONS ANSWERED - Before, during and after a disaster, issues can arise that have no easy answer. So send that question to LeadersLink. We will share it anonymously with our team of disaster veterans - current and former elected officials who have led their communities successfully through fires, floods, hurricanes, tornadoes and other disasters. We will send back to you the answers from leaders of communities large and small about what worked - or didn't - for them. 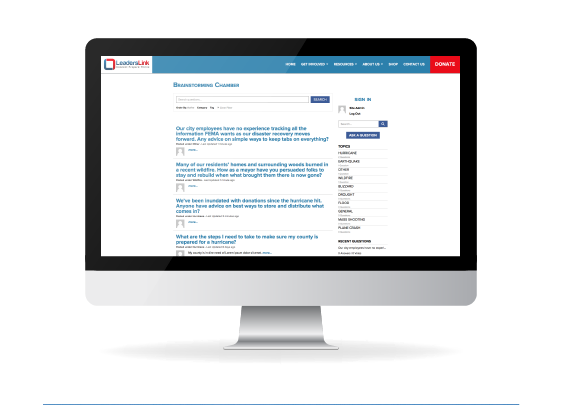 MENTOR PROGRAM - You may have more than a few questions and prefer a one-on-one relationship with a disaster-experienced peer. We will match you with the current or former leader of a similar-sized community that in recent years experienced a similar disaster.
This is a unique partnership where leaders via phone, email, text, Skype, Facetime or even in person share their first-hand knowledge and give you an idea what might be coming around the corner. 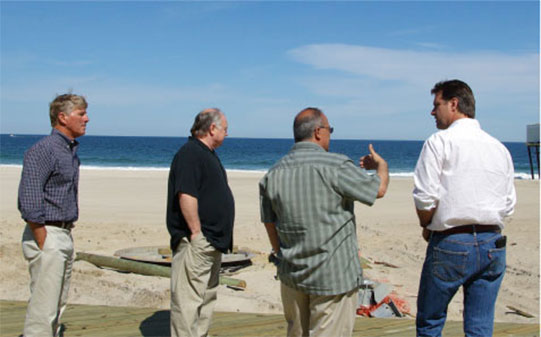 EDUCATION - Because we believe disaster preparedness is so important, click "Resources" above find advice from disaster experts as well as free disaster-related goods and services. That's also where you can access LeadersLink's acclaimed production Leading Through the Storm. The video walks you through the steps Gulf Coast elected officials took as they grappled with the worst natural disaster in U.S. history - Hurricane Katrina. The lessons and advice are timeless and instructive to anyone who might someday be at the helm during a major crisis.